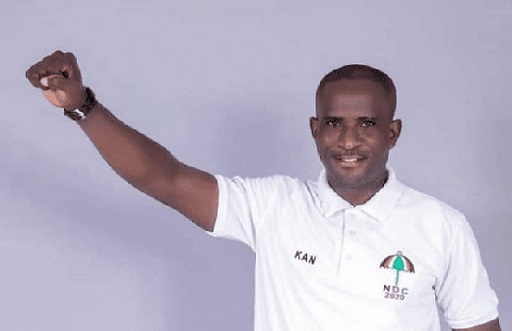 The Member of Parliament (MP) for Evaloe-Adjomoro Gwira Constituency, Mr Kofi Arko Nokoe has pledged his readiness to open up to people in his Constituency in a bid to provide proven leadership to help improve their well-being.

He noted that the people voted for him because he was down to earth and will listen to their concerns for redress.

Mr. Arko-Nokoe who said he saw his victory ahead of time, told the GNA in an interview that the Ghanaian electorate had become more wide awake and discerning which cannot be swept under the carpet by political actors.

Mindful of this, Mr. Arkoe-Nokoe said “every decision we take, we in the NDC, will involve the people”.

The MP seized the opportunity to express his profound gratitude to the chiefs and people for the confidence reposed in him to champion the development agenda in Evaloe-Gwira.

He said the outcome of the 2020 elections was ample testimony that “no government must take the people for granted and be complacent.

“The 2020 elections shows that the electorate have become discerning and will kick any government out of power if their expectations were not met”.

Mr Arko-Nokoe told the GNA of his preparedness to consolidate power and ensure that NDC was strong in Evaloe-Adjomoro Gwira by making the Party attractive to the people.

The MP admitted that the NPP government touted laudable policies, but could not implement them to the satisfaction of Ghanaians, which was a reflection of the outcome of the elections.

Mr. Arko-Nokoe said his immediate attention will be the provision of potable water in the various communities.